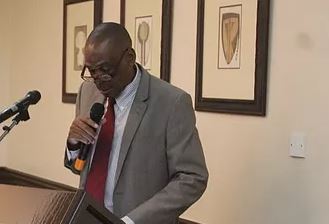 Employers Consultative Association of Malawi (ECAM), a representative body of employers, has faulted Treasury for concentrating on non-developmental sectors in its funding criteria, calling for the rebalancing of its funding pattern.

In a statement signed by ECAM Executive Director George Khaki ahead of the Mid-Year Budget Review Meeting of Parliament, which starts today in Lilongwe, ECAM says government needs to ensure that it makes adequate allocations to economic sectors that have the potential to lift Malawi out of poverty and also invest in skills development that the country needs for its development

Reads the statement in part: “Malawi intends to achieve inclusive growth and economic empowerment in the 2019/20 fiscal year. The allocation of funds in the first five months of the fiscal year is not a reflection of what was outlined when presenting the 2019/20 National Budget to help Malawi achieve inclusive growth and economic empowerment.”

ECAM says as the country intends to transform into a productive, competitive and resilient nation through Malawi Growth and Development Strategy (MGDS III), key priority areas should be those linked to sustainable agriculture and economic growth, education and skills development, energy, industrial and infrastructure development.

Reads the statement: “Government needs to consider investing more in energy infrastructure so that issues of load-shedding are reduced because power outages negatively affect businesses, employment and socio-economic development of the country.

“We also note that ministries of Education and Health received 32 and 30 percent [of their budget allocation], respectively yet education and health are fundamental to the development and growth of our country.”

The sentiments by Ecam follow figures compiled by the Ministry of Finance, Economic Planning and Development which showed that votes linked to the presidency are getting most funding at the expense of key ministries.

The Monthly Vote-Wise Expenditure Report for November 2019 posted on the ministry’s website, shows that from the start of the of 2019/20 financial year to November, the Office of the Vice-President received 72 percent of its funding while the Office of the President and Cabinet and State Residences have received 70 percent and 77 percent of their funding, respectively.

Parliament’s Budget and Finance Committee chairperson Sosten Gwengwe, in an interview on Friday, described the situation as unfortunate, saying it is high time government put appropriate sanctions against  overexpenditure.

He said: “It is time we made statutory votes go thorough scrutiny of members of Parliament whether its additions or subtractions because in the end, we will talk about these things, but things will remain the same because of our own way of doing things.” In the first six months of this fiscal year, Treasury has recorded budgetary deficit in excess of K130 billion.