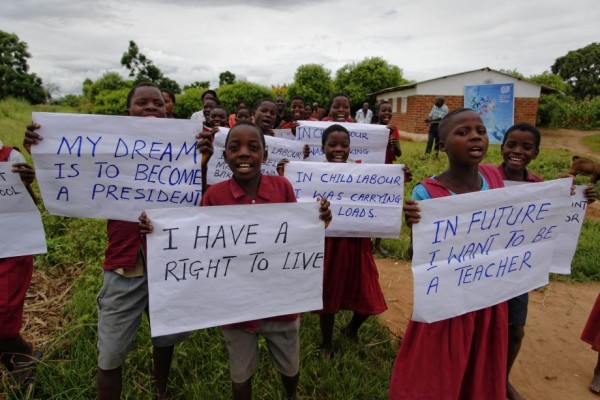 The Employers’ Consultative Association of Malawi (ECAM) has said it appreciates the crucial role employers play in encouraging child laborers to go back to school, among others.

According to ECAM, employers also help children in conflicts and disaster by providing school feeding programs, learning and teaching materials; and providing sponsorship to students.
The Association has since announced that it will join the nation in commemorating World Day Against Child Labor in Chikwawa on June 24.
This year’s theme is ‘In Conflicts and Disasters, Protect Children from Child Labour’.
ECAM Executive Director Beyani Munthali said there is need for more concerted efforts in order to end child labor in areas largely affected by conflicts and disasters.
“In this regard, the Association will mark the World Day Against Child Labor this year through appreciating the efforts of employers to eliminate worst forms of child labour.
“Employers are required to send their company activities regarding child labour reduction which will be analyzed accordingly and will be announced on the event,” said Munthali.
He said conflicts and disasters cause mass displacement and exposes children to child labour as displacement separate them from the protection of their parents and disrupt their education.
“As economic conditions worsen, the income that parents and adult siblings bring in may no longer be sufficient to sustain their families.
“Children often find themselves with no choice but to give up school and to work for their survival as well as that of their families,” observed Munthali.
Child labour refers to the employment of children in any work that deprives children of their childhood, interferes with their ability to attend regular school, and that is mentally, physically, socially or morally dangerous and harmful.
This practice is considered exploitative by many international organisations.
“Child labor is a violation of children’s human rights, a major brake on sustainable decent work for development and a stain on humanity. Eradicating it is a global and globally-agreed priority,” he asserted.